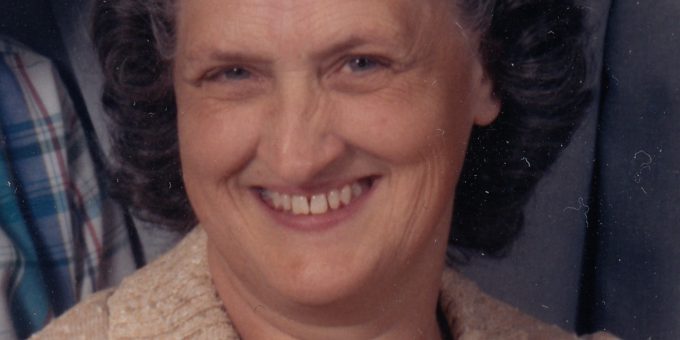 Surviving is her four sons, Robert J. “Bob” (Jill) Clifton of Martinsville, Brian (Lora) Clifton of Stanford, Christopher Clifton of Judah, and Kyle Clifton of Needmore; eight grandchildren; four great-grandchildren and another due in March. There are two sisters, Juanita Thomas and Betty Jo Brown, both of Bedford; one sister-in-law, Gayle Gilstrap of Bedford; and several nieces, nephews, and cousins.

Bonnie grew up in Leesville and was a 1954 graduate of Tunnelton High School, where she was her class secretary and class salutatorian. She attended Nurse’s Training at Methodist Hospital in Indianapolis. She worked at RCA in Bloomington and became a homemaker after getting married. She aspired to write children’s books and also sold Amway and Mason’s Shoes with her husband. Saved at a young age, she taught Sunday School for over 50 years, guiding many young people to the Lord.

Bonnie was a member of Fairview Community Church and also attended Silverville Missionary Baptist Church. She was known for her persimmon puddings and crochet items, including dish towels. She loved to garden, mushroom hunt, sew, and was an avid Euchre player. Her family was the joy and light of her life. She enjoyed meeting new people and never met a stranger.

Visitation for Bonnie will be at the Ferguson-Lee Chapel of Thorne-George Family Funeral Homes in Bedford on Thursday, December 9, 2021, from 4:00 p.m. until 8:00 p.m. and from noon until the service time at 1:00 p.m. on Friday at Fairview Community Church, in Bedford, with Pastor Lindy Hopkins officiating. Memorial contributions may be made to the Fairview Community Church.