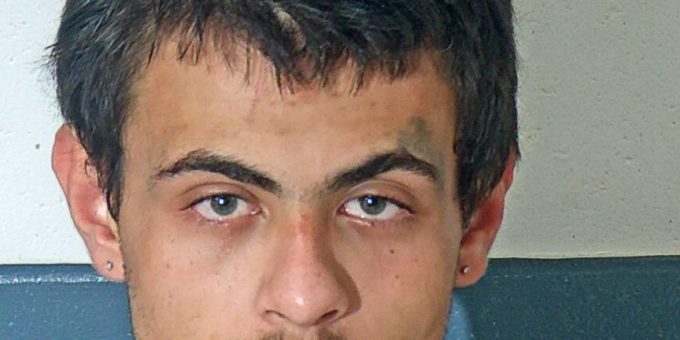 BEDFORD – A Bedford man was arrested after Bedford Police officers were called to the 1550 block of Breckenridge Road after a report of a possible domestic altercation.

An officer spotted the vehicle at the gas pump at Dairyland on Lincoln Avenue and  23-year-old Braydon Wright standing outside of the vehicle.

White was detained.  The officer removed a Lorin .22-caliber handgun from Wright’s pocket.

Also found in Wright’s possession were several glass smoking devices and a container of meth and marijuana wax.

His female passenger told police that she had picked up Wright at Hamilton Courts because he had gotten into a fight there. She was planning on taking him to a home on Peerless Road, but Wright “was so mad that he ended up pulling a gun out and placing it to his own head threatening to shoot himself”.

Wright told the female to pull over and he fired “one or two rounds into the air”.

Wright told the woman to get out of the SUV and he was going to drive. At that time, the woman conceded to Wrigtht’s demand. The officer then spotted White at the station on Lincoln Avenue.

Wright denied shooting the firearm but did say he had threatened to harm himself. He then refused to answer any more questions.  Wright was arrested on charges of possession of meth, carrying a handgun without a permit, and possession of marijuana.