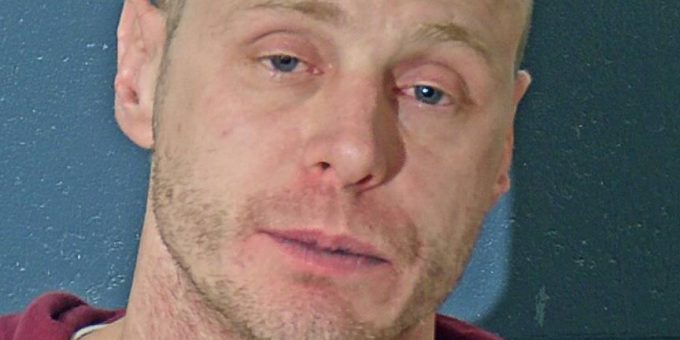 BEDFORD – A Bedford man was arrested after Lawrence County Sheriff’s Department deputies received a report of a male possibly breaking into vehicles and homes in the 300 block of Farmer Street.

When police arrived they found a witness standing in the roadway near his vehicle speaking with 37-year-old Elijah Wright.

The male told police Wright had attmepted to get into his vehicle. Wright tensed up and balled his hand into a fist, resisting officers when they attempted to detain him. The officer took Wright to the ground and the male witness helped hold Wright while the officer placed him in handcuffs.

The witness told police Wright had entered a white Ford pickup and also attempted to gain entry to the witnesses’ white Yukon. Wright was also seen beating on doors in the 100 block of Patriot Street. The witness also reported they saw Wright drop a small blue baggy next to his vehicle and kick it underneath. Police retrieved the baggie which contained 1.2 grams of crystal meth.

Wright was arrested on charges of possession of meth, attempted auto theft, resisting arrest, and two counts of unauthorized entry of a motor vehicle.