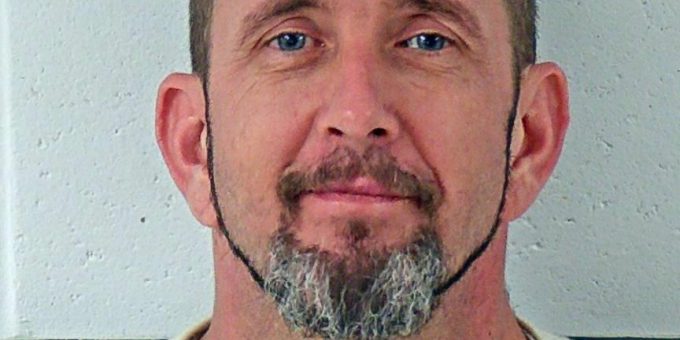 HELTONVILLE – A Heltonville man was arrested Tuesday when a warrant was issued for his arrest after an incident on May 27, 2021.

According to a probable cause affidavit, on May 27, 2021, Lawrence County Sheriff’s Department deputies responded to a 911 call in the 1130 block of Mundell Church Road.

The caller reported Allen had stolen her vehicle, a white Chevrolet pickup truck, and fled the scene.

When police arrived, the woman said Allen was belligerent while making allegations that she was cheating on him.

Allen refused to give her the keys to her truck back, therefore she agreed to allow Allen to drive her to a friends house. At that time she planned to take back possession of her truck.

While traveling to the friend’s home, Allen was verbally abusive and erratic.

Once on State Road 446, Allen began driving recklessly, threatening to crash the truck on purpose to kill them both.

Allen slowed the truck down, providing the woman the opportunity to jump from the moving vehicle. Allen quickly stopped the truck and jumped out after her.  He caught up to her, shoved her to ground numerous times and then poured a bottle of water in her face before running back to the truck and speeding off leaving the woman stranded on State Road 446.

Stranded, the woman followed her truck on foot and found it parked on Mundell Church Road on the side of the road.

The woman then walked to a nearby home and called the police. However, while she was at the home making the phone call, Allen returned to the truck and took off.

The woman filed a battery affidavit and the information was forwarded to the Lawrence County Prosecutor’s Office. A warrant was issued for Allen’s arrest.