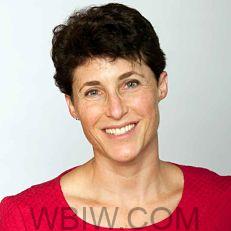 BLOOMINGTON– Mayor John Hamilton Tuesday announced the appointment of Beth Cate to the position of Corporation Counsel for the City of Bloomington. Cate will begin on January 10, 2022, and earn an annual salary of $110,400.

Cate has served Indiana University since 1998, as Associate General Counsel until 2011 and from 2011 on as a Clinical Associate Professor at the O’Neill School of Public and Environmental Affairs and as faculty coordinator for the School’s major and minor in Law and Public Policy.  Her expertise includes intellectual property law, legal and policy issues involving data and information technologies, constitutional law, administrative law, and the intersection of law and religion.  Previously, Cate held positions at Eli Lilly and the McKenna & Cuneo law firm in Washington, DC.  Cate’s community service includes serving on the Indianapolis Zoological Society Board of Trustees and of counsel to the Bloomington-based Conservation Law Center.  Cate holds a JD from Harvard Law School and a BA in economics from George Washington University.

”We are very pleased to welcome Beth Cate into the administration,” said Mayor Hamilton.  “Beth’s long experience in the same role for the university distinguished her as a candidate, as does her extensive legal scholarship in areas we encounter daily in governance.  Beth is a long-time Bloomington resident who will bring with her a deep commitment to our community.”

As Corporation Counsel, Cate will serve as chief legal counsel for the City, providing legal advice and expertise to the mayor, city departments, boards, and commissions and supervising the City’s legal department.  Additionally, Corporation Counsel represents the City and its agencies in civil litigation matters in both state and federal courts and oversees outside counsel.  In this role, Cate will oversee the maintenance of the Bloomington Municipal Code, represent the City in labor-management arbitration and other employment matters, and respond to inquiries from residents and the press on legal matters.

“I am honored and delighted to have this chance to work with Mayor Hamilton, Deputy Mayor Griffin, the city’s terrific legal team, and all of the talented and dedicated public servants who have helped make Bloomington the place I have proudly called home for 25 years,” said Cate. “These are exciting times for Bloomington and I am grateful to be able to get involved more directly and to give back.”