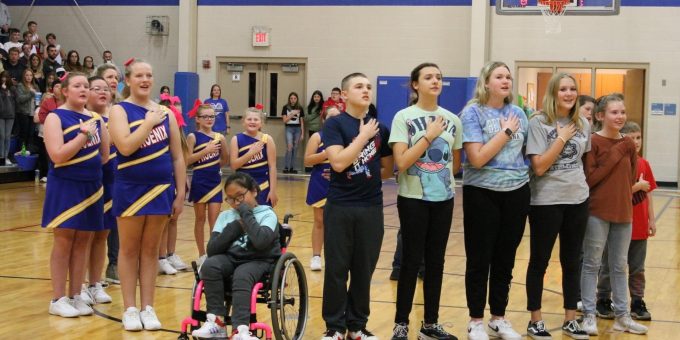 The excitement for the teams were in full force as the bleachers were full of Phoenix supporters for the teams.

The 5th grad team was lead in scoring by Karson Luallen who ended the night with 10 points. Carson Lyons had 4 points, Brink Ratkovich scored 3 points, Ky-mani Birchfield had 2 points and Isaiah Wilson ended his night with1 point.

The boys fought hard to the end, but sadly fell to the Wolverines by the final score of 38-20.

The 6th grad boys followed up next with their game, led in scoring by Kolby Arthur who ended the night with 4 points. The other scorers included Victor Fields, Nik Johnson and Bryson Lackey who all ended their nights with 2 points.

The 6th grade Wolverines however, proved to be too much as the LCIS Phoenix lost this game by the final score of 52-10.