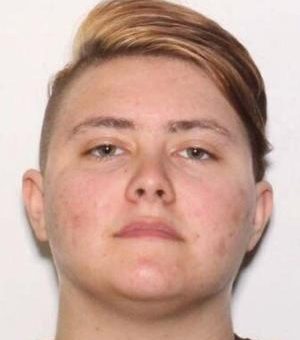 KOKOMO – Krystal Scott, a Kokomo woman who pleaded guilty this spring to charges related to animal cruelty, was sentenced in federal court by Judge Sarah Evans Barker Wednesday to 30 months in prison and five years of supervised probation.

Police and the FBI started to investigate, and ultimately found Scott and raided her home in July 2020. She was arrested on two counts of animal crushing after several incidents involving what police called the intentional killing of dogs, cats, and unborn kittens. Scott killed one of the cats by strangling it and then removing the unborn kittens from the inside of the cat’s body. She also uploaded the images of her killing the animals to social media sites or performed the acts live online.

Court papers say Scott told detectives “her ‘good side’ loves cats and dogs, but that her ‘bad side’ tells her to commit acts of animal cruelty including killing animals by strangulation and other means.”

As a condition of her sentence, Scott will also receive extensive mental health assistance while in prison, be required to live in a group home setting for at least the first two years after she’s released, and not be allowed to own an animal while she’s under the court’s supervision.

Court documents indicate that Scott was given the animals by unsuspecting people who believed Scott was a “willing caregiver.”

During Wednesday’s sentencing hearing, Scott apologized for her actions. She told the court she killed the animals as a result of anger due to childhood abuse.