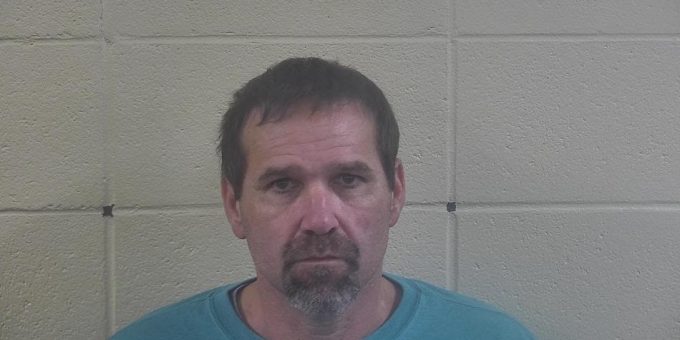 FERDINAND – On Friday, November 5th at approximately 11:56 p.m. Dubois County deputies were dispatched to an address in Dubois due to a disturbance between an estranged married couple.

Before deputies arrived at the residence, the original caller stated 44-year-old Aaron Messmer, of Ferdinand, had left the residence.

A short time later, Sgt. Bower and Officer Goffinet with the Jasper City Police Department and Trooper Bowling with the Indiana State Police arrived on the scene. Officers asked Messmer to exit his vehicle because his driver’s license was suspended. Messmer was verbally uncompliant and refused to get out of his vehicle. Officers were attempting to get Messmer out of the vehicle when he took off at a high rate of speed, causing an officer to fall and suffer a broken bone in his hand and a laceration to his eye. Officers then attempted to catch up to Messmer but lost sight of him.

A short time later, Dubois County dispatch received a call that a male was at an address on County Road 375 South and was leaving, heading towards Patoka Road. Deputy Hemmer and Trooper Jones were at the intersection of 425 South and Patoka Road when Messmer approached the intersection. Deputy Hemmer deployed stop sticks successfully hitting Messmer’s vehicle’s back driver’s side tire.

Trooper Villanueva and Trooper Jones began pursuing the vehicle south of Patoka Road when Messmer finally stopped at Patoka Road and SR 64. Messmer was given verbal commands to exit his vehicle, but he refused. Officers then took Messmer into custody.

The injured officer was treated at Jasper Memorial for a broken bone in his hand as well as a laceration to his face.

Aaron Messmer was transported to the Dubois County Jail, where he is being held without bond.