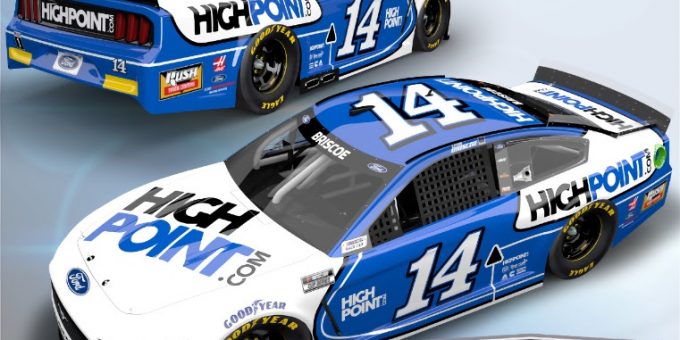 PHOENIX – With the final checkered flag of the 2021 NASCAR Cup Series season on the horizon, Chase Briscoe and the No. 14 HighPoint.com team for Stewart-Haas Racing head west for the season finale at Phoenix Raceway with something to celebrate.

Briscoe is set to make his second Cup Series start at Phoenix, an undertaking that also stands as his final test in the journey to becoming the 2021 NASCAR Cup Series Rookie of the Year.

Once Briscoe makes his final lap at Phoenix, the trifecta of NASCAR national series rookie of the year honors would be complete. He captured the Camping World Truck Series Rookie of the Year title in 2017 and, in 2019, added the Xfinity Series honor to his resume. Only two other drivers have claimed the title in all three of NASCAR’s top national touring series – William Byron and Erik Jones.

“I wish there were more guys competing for it this year. It’s always fun when you can have another points battle to be a part of, but it’s still cool to be able to win it and, more so, to win it in all three series,” said Briscoe. “That’s something I always wanted to do, so it’ll be nice to cap that off. It’s still a big accomplishment even though we were only competing against one other guy. He had just as many opportunities to win it. I wish we had more high points to our season, but it’s nice to have something to hang our hat on for the year. We’ll certainly go out to Phoenix and try to execute and come out with the best finish possible, but we know we’re coming out with some kind of success at the end of the year no matter how it goes. And to be on a list of only three guys that have won Rookie of the Year in the Truck, Xfinity and Cup Series is really cool. It’s humbling. I never thought I’d even get to win a Truck race, so now to be here with a chance to be rookie of the year in all three is very humbling.”

In Briscoe’s first start at Phoenix in March of this year, and just his fifth in a Cup Series car, he started 26th and finished 22nd. Since then, the No. 14 team has earned three top-10s with a best finish of sixth earned twice – May 23 at Circuit of the Americas in Austin, Texas, and July 4 at Road America in Elkhart Lake, Wisconsin. In the first 35 races this season, the HighPoint.com Ford Mustang finished inside the top-20 19 times.

“The first race at Phoenix this year, I felt like we were really good,” said Briscoe. “We were running in the top-10 before the final pit stop but had a jack failure that kept us on pit road for way too long. That just made our result a lot worse than it should’ve been. So, I’m excited to go back to a place where I’ve got laps in the Cup car. Everywhere we’ve had a second race this year, we’ve performed better. Practice and qualifying will definitely help, too. We’ll take any chance we get to work on the car and make it better before the race.”

The 26-year-old driver from Mitchell, Indiana, has four career NASCAR Xfinity Series starts at the Phoenix mile oval and each resulted in top-10 finishes. His best is sixth, scored twice – March 2019 and March 2020. In last year’s Xfinity Series finale, Briscoe led twice early in the race for a total of 41 laps, but ultimately the championship contender finished ninth after a spin that sent the race into overtime.

He also has a NASCAR Camping World Truck Series starting at Phoenix. In November 2017, Briscoe started eighth and finished fourth in his Ford F-150, securing his 13th career top-10.