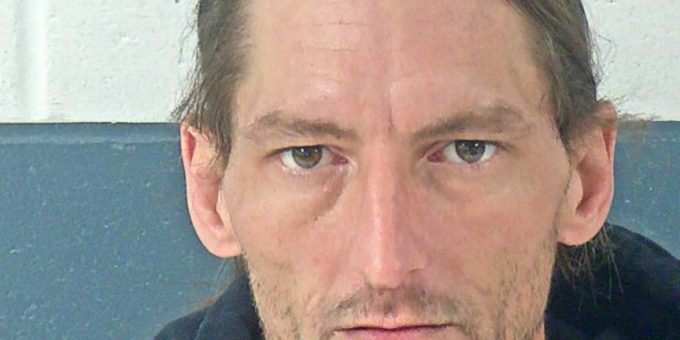 MITCHELL – A Salem man was arrested Wednesday when Mitchell Police officers were called to a home in the 1200 block of Main Street after a report of a man having a “psychotic episode”.

Two men were standing in the driveway when officers arrived. Brian Hurst, 44, was identified.

Officers said Hurst was “on edge” and told police he had used meth two days prior.

Consent to search the vehicle was granted where police found marijuana, a grinder, pills and straws used to snort meth that contained meth residue.