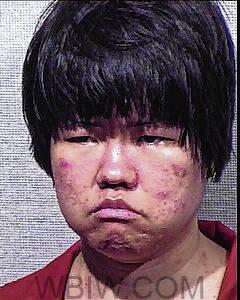 SEYMOUR – A Seymour woman was arrested Monday on a charge of attempted murder after an incident Monday in the 500 block of Manor Drive.

Seymour Police officers arrested 32-year-old Laura McFall. She also faces charges of strangulation and domestic battery and is being held without bond in the Jackson County Jail in Brownstown.

When police arrived at the home at 9:14 p.m. they spoke to a 68-year-old man who said McFall placed a ribbon around his neck and attempted to strangle him.

The man told officers, he was able to get away from McFall and she went to her room, but she returned with a pillow and placed it over his face pushing the pillow with force downward.

McFall then returned to her bedroom and locked the door.

Officers obtained a key to McFall’s room and arrested her.