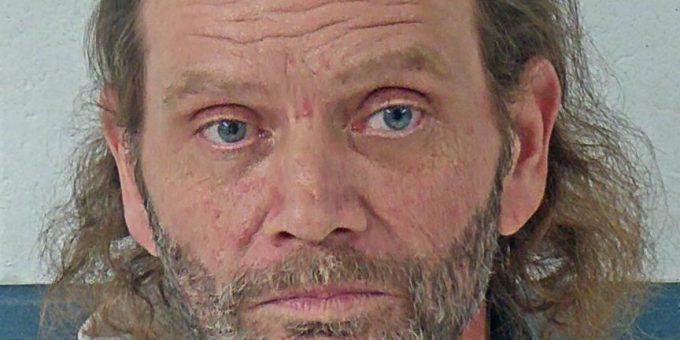 OOLITIC – A Salem man was arrested Tuesday after the Oolitic Town deputy stopped his vehicle for an equipment violation on State Road 37 at Salt Creek Bridge.

Police say the driver of the pickup truck was 53-year-old Larry Faulkner.

Faulkner was informed his truck’s license plate was not illuminated and partially obscured by a ratchet strap attached to the truck’s rear bumper.

Faulkner told the officer that he had a THC vape pen in his truck.

The officer deployed his canine partner Deny Joe who alerted officers to possible drugs in the vehicle.

Faulkner admitted he had meth in the truck.

Officers seized the THC vape pen and found a small cardboard box on the floorboard behind the driver’s seat that contained a baggie of crystal meth and bags containing THC edibles, smoking devices, syringes, and drug paraphernalia.

Faulkner was arrested on charges of possession of meth, marijuana, and drug paraphernalia.