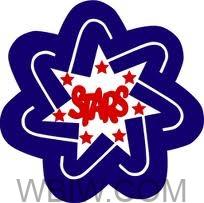 MARTINSVILLE – Martinsville rallied from a 15-9 deficit in the second set while blasting past Bedford North Lawrence in the semifinal of the Class 4A sectional on Saturday morning.

The Stars had their best moments early in the second set, breaking from a 5-5 deadlock to the six-point advantage. But the Artesians scored 13 straight points and closed on a 16-2 run to take the set and rip BNL’s momentum away.

“I thought we showed a lot of hustle and grit,” said BNL coach Gabrielle Arthur, who has announced she is stepping down with the conclusion of the 2021 season. “That’s kind of been our theme all season when we are playing teams who are near 6-foot across the front line and we can’t match them up there. But we can match their intensity in the back row.

“We showed awesome hustle and it kept us in the game, and even had us a good lead in the second set, which forced Martinsville to call a timeout. I’m really proud of how they played today. They showed a lot of determination and confidence. We still showed up, gave it our best and there’s nothing to hang our heads on.”