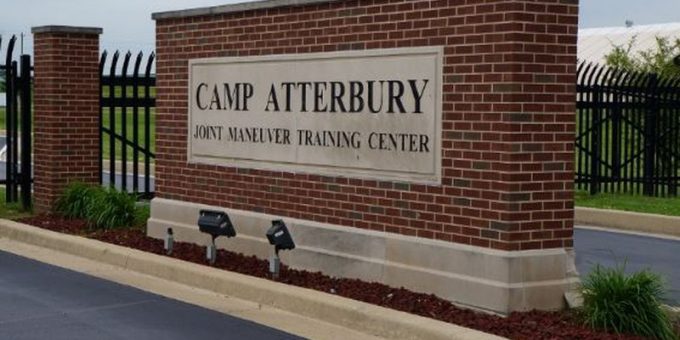 EDINBURGH — For the first time, Camp Atterbury on Thursday opened to area journalists.

For many Afghan refugees, Camp Atterbury is an important start to starting a new life in America. Already for many, it’s meant giving birth and getting married. For nearly
7,000 people, it’s not perfect but, considering this move for many meant life or death, it works.

Sulam Akbarzada and his family escaped Afghanistan. He summed up why he left: “Because my father-in-law works with the army and it was the most dangerous was for her. Because the family of army people were not safe in Afghanistan.”

Akbarzada and his wife said that literally just before their wedding ceremony in Afghanistan, the Taliban converged on the city, forcing them to cancel.

Two weeks later, they made their way to the airport, got on a plane and eventually made it to America.

“Put us anywhere they want. I will just be in peace. That’s all I want.”

Safety is what Camp Atterbury officials said Afghan guests also experience. There’s a uniformity in buildings and operations. That’s thanks to months of practice, cultural training and feedback. New arrivals now quickly move through the intake process and health screenings.

Eventually, refugees were assigned to barracks, which have become somewhat of a community. Clothes are left to dry, families gather outside, and children play, often with soldiers.

“The people he told me if it was a good area, or no. Whether we needed to go,” said Sgt. 1st Class Richard Hernandez of the interpreter he worked with while deployed in Afghanistan in 2012.

He unexpectedly saw the interpreter he worked with in 2012 exit one of the first buses at Camp Atterbury. So, Hernandez said, being here for Operation Allies Welcome isn’t work; it’s appreciation. “Soldiers in my unit came home safe because he looked out for us as we looked out for him.”

The guests will undergo extensive background testing, fingerprinting before getting work authorization, and being resettled. Where they’ll go isn’t clear, but they can hope.

Representatives say considering Camp Atterbury was used as a prisoner-of-war camp in World War II, it’s great to see it as a location for people to start off their new lives in America.