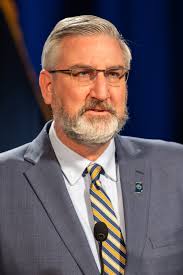 INDIANAPOLIS – Governor Eric J. Holcomb announced 17 regions representing all 92 counties submitted proposals for funding from the Indiana Regional Economic Acceleration and Development Initiative (READI). Together, these proposals, which aim to accelerate small- and large-scale growth within their communities, total more than $1 billion in requested funding; the READI budget is $500 million.

“Secretary Chambers and I are impressed with and appreciative of all the hard work and collaborative energy invested in the READI regional development plans submitted across the entire state,” said Gov. Holcomb. “I have no doubt these plans will be the beginning of transformational progress that will impact Hoosiers for generations to come.”

In July, regions indicated their intent to pursue READI funding. Each region convened a broad, diverse group of stakeholders, including major employers and anchor institutions, education partners, economic development professionals, philanthropy partners, and elected officials, to develop a game plan for population and economic growth. In these plans, regions outlined their proposal to invest in their growth and prosperity, outlining a series of strategies focused on physical projects and sustainable, multi-year programs to advance quality of place, quality of life, and quality of opportunity.

The regions that submitted READI regional development plans are:

READI builds on the framework and successes of the Indiana Regional Cities Initiative and the 21st Century Talent Initiative, encouraging regional collaboration and data-driven, long-term planning that, when implemented, will attract and retain talent in Indiana. The IEDC will work closely with the newly established READI review committee to follow the evaluation timelines and assess the submitted plans before making formal recommendations for funding to the IEDC board of directors in December. Members of the READI review committee include:

More information on the READI review committee, as well as links to download the regions’ proposals, is available at IndianaREADI.com. A map of the identified regions can be found here.