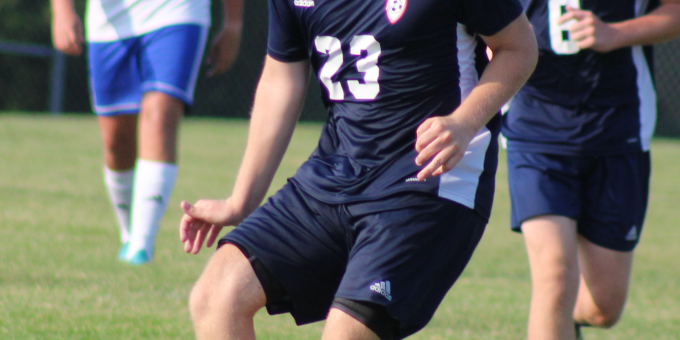 TERRE HAUTE – Bedford North Lawrence exploded in the second half to rally past Northview 4-2 in the first round of the Class 3A sectional at Terre Haute North on Tuesday.

Trailing 2-0, the Stars erupted for two goals in a 41-second span to draw even, then scored the go-ahead goal with 11:02 left. Josh Anderson scored twice and added an assist for BNL, which advanced to face Bloomington South 9a 5-0 winner over Terre Haute South) in the semifinal on Wednesday.

“We had a ton of opportunities in the first half and couldn’t get anything to fall,” BNL coach Logan Jackson said. “We gave one up that we shouldn’t have. But then we finally kicked it in, and when one fell another one fell, and we pretty much dominated. We realized we had to pick it up, we grew up a little and realized we had to play hard. We definitely put it to them.”

Then the Stars (7-6-2), with a sudden sense of urgency, went to work. Danny Cline converted a close-range Anderson pass at 33:12, and Anderson produced the equalizer on a through ball in the middle at 32:31. Anderson also scored the go-ahead goal (via a Cline assist), and Kaleb Sowders added an insurance goal (off a Cline steal) to the far post with 1:12 remaining.

“Josh needed that game, and we needed him to have that,” Jackson said. “We need to rely on him the rest of the week if we want to be successful. If he gets going, it’s a plus for us. That’s important, and it was good to see.”

BNL, which has never won a sectional title, will play the second semifinal at 7:30 p.m. Bloomington North will face Martinsville in the first semifinal at 5:30. The championship is scheduled for Saturday at 2 p.m. South conquered BNL 4-2 (battling back from a 2-0 hole) on Aug. 24 in Bloomington.

“It will be interesting,” Jackson said. “It’s a rematch and we have to play better than we did tonight. We have to bring it for a full 80-plus minutes if that’s what it requires. I think the guys can do it. We hope we have a good performance.”