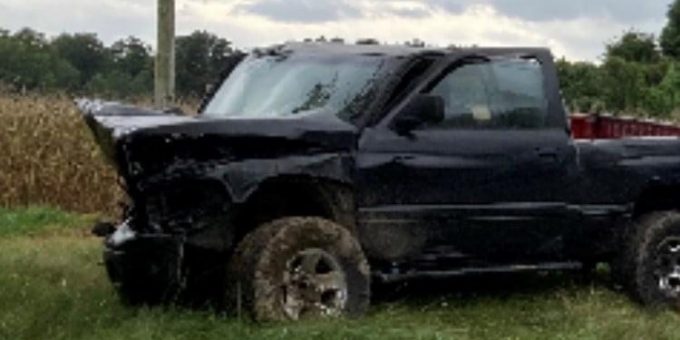 WASHINGTON CO. – On Tuesday, at approximately 4:24 p.m. emergency personnel responded to the 8000 block of State Road 160 after a report of a two-vehicle accident.

Deputies collected evidence at the scene along with statements and determined that a black 2000 Dodge Ram, driven by 37-year-old David Kinley, of Salem, was traveling west on State Road 160 when a vehicle in front of him made an abrupt turn onto Wingate Lane.

According to police, Kinley applied his brakes and veered across the center line, and collided head-on with a white 2005 Dodge Ram, driven by 32-year-old Ryan Gregory, of Charlestown, Indiana.

Gregory was transported by the Washington County Ambulance Service to Ascension St. Vincent in Salem, where he was treated for non-life-threatening injuries.

Reuben Eicher, 20 of Salem, was a passenger in Gregory’s vehicle and he was not injured.

Kinley was treated at the scene by the Washington County Ambulance Service for minor injuries.

Detective Brad Naugle is the investigating officer and was assisted by the Washington County Ambulance Service and the Franklin Township Volunteer Fire Department.