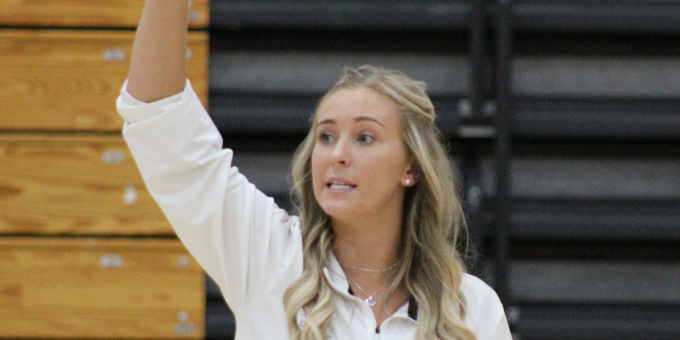 After South’s Olivia Shields and Caitlin Heim combined for a block point to end the first set, the Stars played their best early in the second, battling to an 11-11 deadlock. South surged in front 16-13, and BNL got within two points three times late in the set, the last at 23-21.

“I thought this was the best we have played all season,” BNL coach Gabrielle Arthur said. “We were dominant at the net, blocking and putting the ball down, and we were scrappy every second of the game. Our girls played with great sportsmanship and class, even though it was not matched on both sides of the court.

“We have determination to play with the good teams, and we’re determined to start beating them. I haven’t been more proud of our girls than I have tonight. We really gave it our all and it reflected in every aspect of the game.”

Carlee Kern had 9 kills and 9 digs, Maddy Bennett totaled 6 kills and 10 digs, Camryn Anderson had 5 kills, Annie Waggoner had 8 digs, and Reva Tincher incredibly down 3 aces for the Stars.