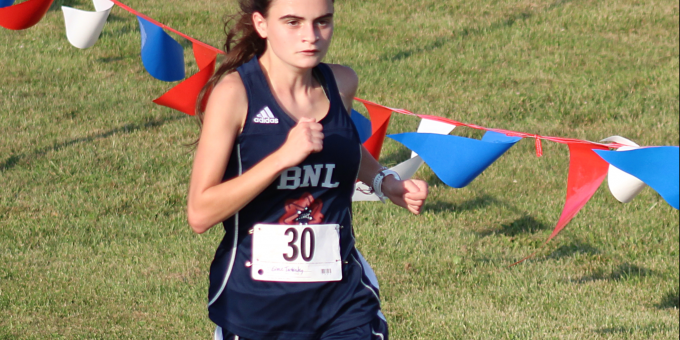 The Stars finished sixth in the team competition with 143 points. Seymour won the title with 45, edging Columbus East by one point.

In the boys race, BNL finished fifth with 134 points. Jennings County claimed the top prize with 30 points in the 12-team field.

“Overall I am really pleased with the efforts today,” BNL coach Jon Calhoun said. “Again, we got a humid morning, which caused times to not be where we want them to be, but our finishing and going after others in a racing mindset caused us to come in fifth.

“Coming into the meet, I was placing us sixth, so coming ahead in fifth by four points shows the importance of racing every runner in front of you. Every spot counts. Our packing was a little off today, but on a narrow course that you have to get out, we did a pretty good job staying up. We know we have to keep on getting stronger and faster as we head toward the postseason, but this race was a good indication what our strengths and weaknesses are, both as a team as well as individually.”

South Central’s Maddox Baker was the individual winner in 16:19.37.

BNL will host the Ted Fox Invitational on Sept. 25.