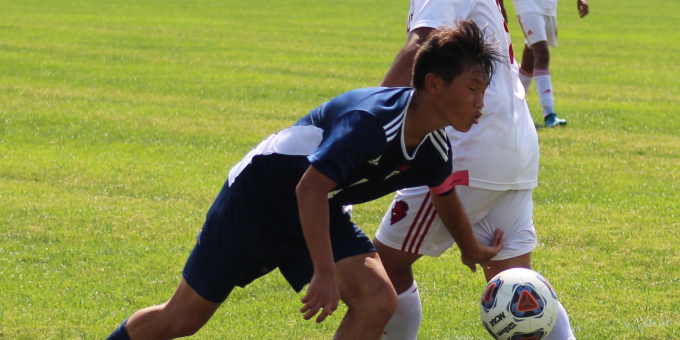 BEDFORD – Bedford North Lawrence, applying maximum pressure as the clock ticked down, tested Jeffersonville’s defense, probing for cracks and weaknesses. Nothing was revealed.

The Red Devils scored early in the first half, and that lone goal stood up as Jeffersonville spoiled BNL’s Senior Day celebration with a 1-0 triumph on Saturday. Victor Arredondo converted the eventual game winner, powering the Devils to their first Hoosier Hills Conference win of the season.

BNL (5-4-2 overall, 1-3-0 in the league) certainly had chances, firing seven shots at Jeff goalie Hayden Bartle and getting four corner kicks in the final 10 minutes. All those chances were turned aside.

“It’s disappointing,” BNL coach Logan Jackson said. “We played hard, we didn’t give up. We had some things not go our way. This is a tough one. It’s one you want to get back and get a goal at the end.”

After a scoreless first half, the Devils (3-7-0, 1-3-0) got on the board at 36:44 of the second half as Arredondo won a race to a pass and knocked home an 18-yarder. Jeff had only six shots at BNL goalie Tanner Robbins, but it only takes one to get past.

“Defensively we played well,” Jackson said. “We got stretched in the midfield and played too many long balls over the top. But we moved the ball and had opportunities.”

“They’ve done a good job of being leaders,” Jackson said. “They’ve bought in and worked hard.

“If you had asked at the beginning of the season, when we’ve given some teams a run that we’ve given them, in their minds they’re not overachieving. And that’s a good attitude to have. They wanted to prove a point this year, and they’ve done that. We just need to get on the winning side of a couple of those. It would be nice to win some tough games.”

The Stars will visit Brown County on Monday.