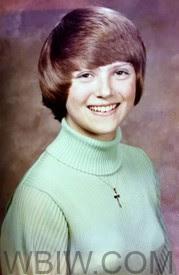 Harmeier, 20, was a junior honor student at IU who was returning to the Bloomington campus when her car stalled on State Highway 37, just north of Martinsville in the fall of 1977. Following a nationwide search for her whereabouts, Harmeier’s body was discovered five weeks later on October 18, 1977, in a nearby cornfield.

Sunday, Sept. 12th, will mark the 44th anniversary of Ann’s disappearance. There has been continued focus on the Harmeier case and ISP detectives are pursuing all new leads in the case.

While no immediate family exists, her extended family and friends are thankful for the outpouring of support and echoed the Indiana State Police request for help in solving her murder.

“Ann was a kind, generous and talented young woman who left a legacy of a beautiful life and unlimited potential,” said Ann’s cousin Scott Burnham. “Her friends and extended family are committed to keeping Ann’s memory alive. We know that someone knows something about her murder and we remain hopeful that they will come forward with information that will solve this terrible crime.”

ISP continues to seek the assistance of the public and they urge anyone with information to contact the Indiana State Police Bloomington Post at 812-332-4411.

A comprehensive list of cold case homicides along with more detailed information about each case can be found at ISP Cold Cases.