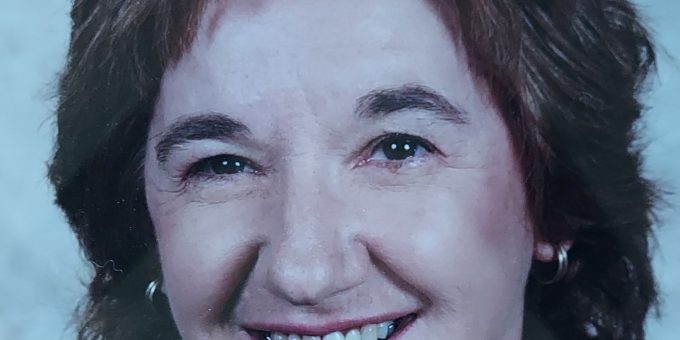 Elizabeth Ann Hickerson, 77, of Bedford went to be with our Lord and Savior on Sunday, September 5, 2021.

Born December 22, 1943, in Leavenworth, KS, she was the daughter of Hans and Mary Ann (Knab) Goetz. She married Charles “Doug” Hickerson on August 13, 1966, in Leavenworth, KS. They moved to Mitchell, IN in 1969. Doug preceded her in death in May of 1988. She retired as a sales associate from Walmart after 28 years of service. Elizabeth was a member of St. Vincent De Paul and St. Mary’s Catholic Church. She had played volleyball in leagues at the Boys and Girls Club for 45 years.

Elizabeth loved God, her family, and friends, and she loved all animals.

She was preceded in death by her parents, her husband, a grandson Christopher L. Mannix II, a sister Anna Marie Heintzelman, and a brother George Goetz.

Following Elizabeth’s wishes, cremation was chosen. A Celebration of Her Life will be held at a later date in the Shamrock Center of the St. Vincent De Paul Catholic Church. The family asks that in lieu of flowers memorial contributions be made to one of the charities Elizabeth supported the White River Humane Society, Becky’s Place, or the Men’s Warming Shelter.