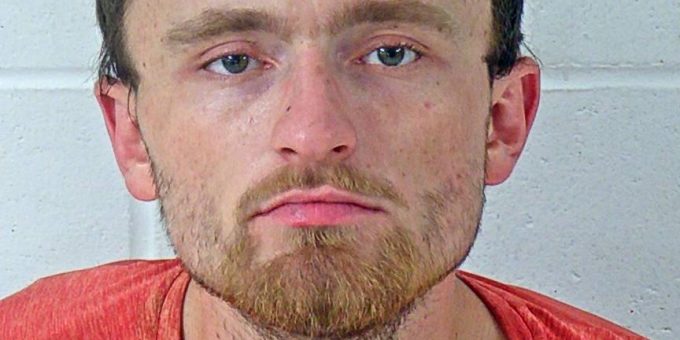 ORLEANS – An Orleans man was arrested on Thursday, September 2, after a Lawrence County Sheriff’s Department deputy stopped him for speeding on State Road 37.

Wells stopped his vehicle at Speedway.

When Wells opened the glove box for his registration, the officer noticed a syringe containing a dark-colored liquid lying on top of the paperwork in the glove box.

Wells and his female passenger were asked to exit the vehicle.

The officer then requested back up.

Wells then took off running west on US 50 West. The officer gave chase and caught up to Wells near the intersection of Woodsferry Road and US 50 West.

Wells then jumped into the ditch and laid down on the ground near the woods. Wells was placed in handcuffs and walked back to his vehicle.

Wells was arrested on charges of resisting arrest and unlawful possession of a syringe.

The female passenger was released from the scene.

Police say the liquid in the syringe tested positive for meth.