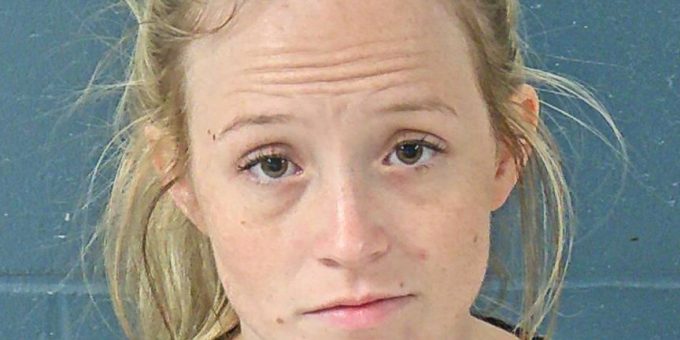 Troopers were investigating information that 22-year-old Brooklyn Smith, of Bedford, was involved in dealing meth.

Utilizing a variety of investigative techniques, investigating Troopers were able to corroborate the information.

On Monday afternoon, troopers learned that Smith was traveling to Bedford, from Louisville, with a large amount of meth. Troopers and DES detectives located Smith, who was driving a 2014 Buick Verano, traveling north on State Road 37 north of US 50 West. Smith was speeding in the posted 55 miles per hour zone, so Troopers conducted a traffic stop. Smith had a male passenger in her vehicle.

During a search of the vehicle, police found a meth pipe and a set of digital scales with meth residue. In Smith’s purse officer found a handgun.

Smith was detained. She then told troopers she had four ounces of meth hidden in her bra.

The male passenger was released.

Smith faces charges of dealing meth over 10 grams and possession of meth over 28 grams.

Sgt. Day praised the work of all involved troopers and detectives.

“The dedication shown to this investigation was evidenced in the fact that on a holiday, while off duty, the investigating troopers sacrificed their own time off to see this investigation came to a successful conclusion,” Sgt. Day said. “Due to the hard work and efforts of both the ACES and DES, ¼ pound of methamphetamine did not find its way onto the streets of our community.”