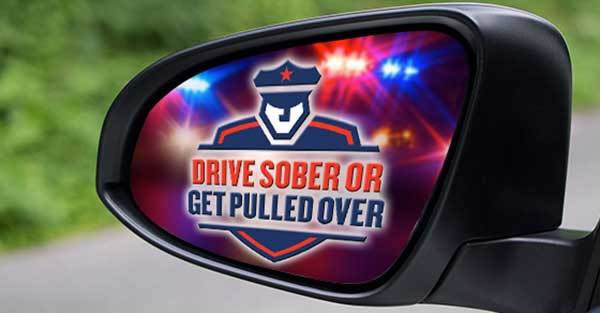 INDIANA – Traditionally Labor Day is considered one of the most dangerous holidays for drunk driving.

Law enforcement officers are preparing to saturate the highways with additional patrols during the Labor Day holiday, the Indiana State Police announced. The mission is to keep streets and highways safe by identifying and arresting drunk drivers.

The Drive Sober or Get Pulled Over impaired driving awareness campaign will remain active through Sept. 6.

State troopers, sheriff’s deputies, and city police officers will be unified during the operation designed to arrest drunk drivers who threaten the safety of others traveling on Indiana roads.

Lives lost in highway crashes across the nation involving alcohol-impaired drivers in 2019 totaled 10,142, according to the U.S. Department of Transportation’s National Highway Traffic Safety Administration (NHTSA). That’s one person killed every 52 minutes in a drunk driving crash. On average, more than 10,000 people were killed in drunk driving crashes each year from 2015 to 2019.

“Impaired driving continues to take a terrible toll on our state and nation,” said Devon McDonald, ICJI Executive Director. “While these overtime patrols are effective and will undoubtedly save lives, we can’t enforce our way out of this issue. It’s up to everyone to drive sober and make smart choices behind the wheel.”

However, impaired driving includes more than just alcohol. Drugs and even some over-the-counter medications can also cause impairment and can slow coordination, judgment, and reaction times on the road.

Officers will be on the lookout for all forms of impairment, in which the consequences can include thousands of dollars in legal fees, increased insurance rates, loss of license, a criminal record, and possible jail time.

NHTSA reminded people of the many resources available to get them home safely and offered these tips: