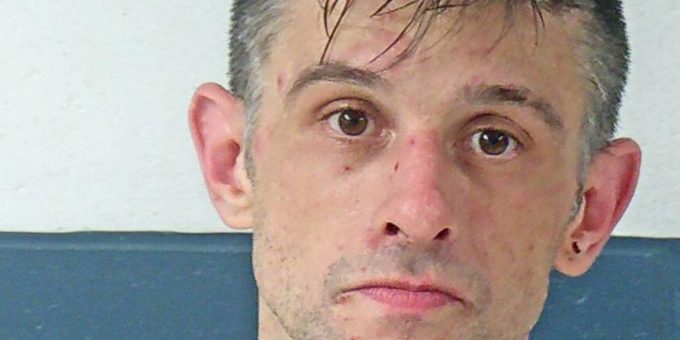 BEDFORD – Bedford man was arrested Thursday night after he banged on a deputy’s police vehicle seeking help for a woman who had overdosed.

The officer was parked in the east parking lot of the Sheriff’s Department.

Clinton Henry, 37, was beating on the window and yelling at the deputy. The deputy exited his vehicle and asked Henry several times what was going on.

“Finally, after several attempts of trying to figure out what was going on, Clinton stated to me ‘she’s dying’, I asked him who? and where? Clinton repeated several more times ‘she’s dying’ as he  began running away down the alley.”

The deputy retrieved Narcan from the glove box and began running on foot after Henry down the alleyway while advising dispatch of the situation.

When the deputy approached the intersection of H and 15th street he noticed a black Ford Mustang parked in the middle of the sidewalk. A female was unresponsive on the floorboard of the vehicle.

The officer pulled the female from the vehicle and placed her on the ground and administered a single dose of Narcan and did a sternum rub.

Henry told police the woman had overdosed on heroin.

Other officers arrived on the scene and the second dose of Narcan was administered but the female was still unresponsive. A third dose was then administered.

Finally, the woman regained consciousness and was transported by ambulance to a local hospital for treatment.

Henry was arrested on charges of possession of meth and public intoxication.