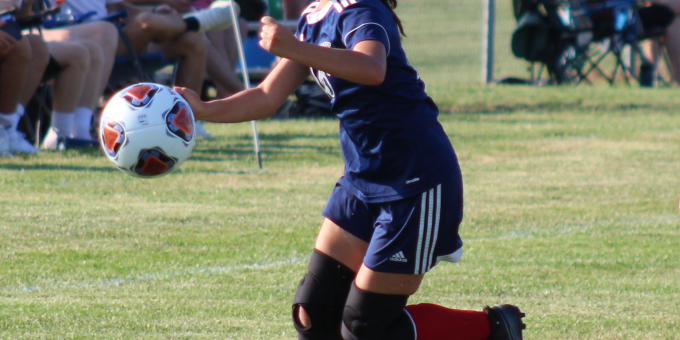 BEDFORD – With the numbers stacked in the opponent’s favor, Bedford North Lawrence has been forced into a constant defensive shell, hoping to compete with top-shelf competition with a bottom-shelf, emergency approach. Repel as much of the attack as possible.

Short-handed once again, the Stars lasted as long as the heat – both in New Albany’s barrage and the midday blast furnace – allowed them before finally falling 9-0 in a mercy-rule conclusion on Saturday afternoon.

Taylor Treat scored four goals for the Bulldogs (2-1, 1-0 in the Hoosier Hills Conference), who finally trigged the early finish with a final goal at 13:52.

Even in the best of circumstances, the Stars would have only 12 players available. With virus quarantines, injuries and roster departures, BNL started a player down (9 defenders and a goalie) and finished with only 8 defenders. While the Bulldogs pulled a player off the field when one of the Stars went down, they still had a one-player edge, and it showed.

“You have to make the best of it when you have those numbers,” said BNL coach Jackie Dufresne, who hasn’t had a full squad available for practice at any point this season. “You start making different formations that we put in place on the field. We’re making transitions on the fly. We try to work as a team and stay together.

”It’s not a very good game for us, so we wanted to focus on possession,” New Albany coach Rachel Wells said. “We wanted to make sure we got quality goals, even when the other team isn’t playing with that many players. We tried to get as much out of it as possible.”