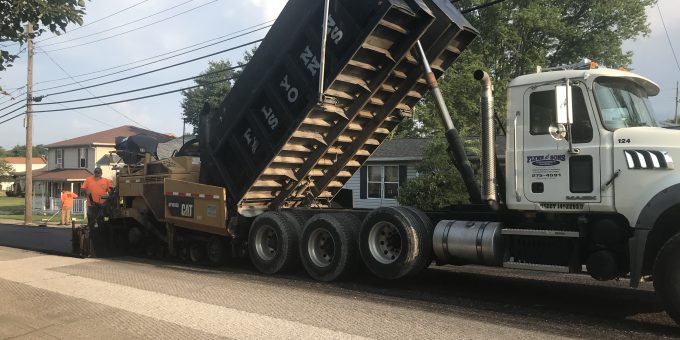 According to David Flinn Bedford Street Commissioner, a total of 6.5 miles of streets are slated to be paved this summer. The $780,535 project includes the paving of 14 streets, with $413,033 from the Community Crossings Grant. The project was a 50/50 match. The Bedford Redevelopment contributed $100,000 toward the project.

“Other than the weather, the project continues to be going well, the weather forecast next week may put us behind. There are some streets that require a little bit more attention. For example, Bailey Scales Road should allow us to be able to go through one time, whereas other streets require us to make two passes in laying down asphalt,” said Flynn.

The remaining streets to be milled and paved include 17th from A Street to Hawthorne, 19th Street from N to M Street, 19th from Washington Avenue to N Street, 22nd Street from M Street to H Street, and H Street from 22nd to 25th Streets will be paved next week unless weather delays the schedule.

” This is probably one of the largest paving projects the city has undertaken in its history,” said Flinn.

The city of Bedford will continue to keep residents informed about the project which requires motorists to slow down while crews work and keep them safe. “We want to thank everyone for their cooperation and for moving their vehicles while this project is being completed. We especially want to that the public for safely working around our crews.”