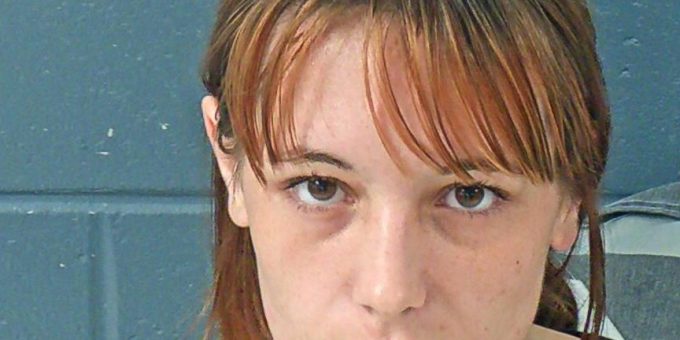 BEDFORD – A Mitchell woman was arrested Wednesday after a Bedford police officer stopped a vehicle for an expired license plate on Mitchell Road south of the State Road 37 overpass.

Police then discovered the driver of the vehicle Traven Drake was driving on a suspended driver’s license with a prior conviction.

She then admitted there was a marijuana roach in her bra.