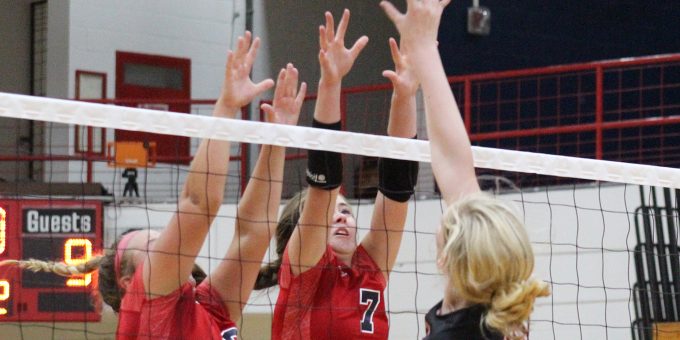 BEDFORD – Winning is a mindset, a stone-cold mentality that drives an achiever to great heights. Winners see challenges, not problems. They sense opportunities, not burdens. They face hurdles, not walls. That’s the fierce competitive fire Bedford North Lawrence coach Gabrielle Arthur wants to cultivate as she begins her second year with her alma mater.

Season 1 was a success on many levels, a 14-13 record (10 more wins than the previous season) with flashes of brilliance against high-level competition. The Stars exceeded expectations. In Season 2, they must meet them.

Building on the momentum of those improvements, with a core group of veterans as the foundation, BNL will seek to advance to the next level. That won’t be easy. The Stars caught a few opponents by surprise last season. That won’t happen again.

“We were way better than expected in a lot of people’s eyes,” BNL senior Carlee Kern said. “I think we can build on that momentum. It will give us a good goal.”

In order to reach, and surpass, those goals, BNL must face a challenge and replace some contributors who produced in key areas. Haley Deckard had team highs of 183 kills and 56 blocks at the net, Myra Bergman totaled 279 digs on the back row. Brynlea Bennett added 149 kills. Merritt Callahan, who will miss her senior season while recovering from long-term effects of multiple concussions, was an all-around spark with 218 assists. Those are heavy shoes to fill.

The opportunities to shine will fall on Kern (162 kills and 43 blocks), on talented junior Annie Waggoner (135 kills, 294 digs, 365 assists), on senior Maddy Bennett (back up front after missing last year with a knee injury). It’s no coincidence those three are multi-sport athletes who bring a winner’s approach from success in basketball and softball. The days of concentrating on a singular sport are waning.

“We have a lot of skill,” Bennett said. “And since I didn’t get to play last year, I’m very glad to be back. I expect a pretty good season. I feel like I’m ready to jump back in.”

“I love it when girls want to play two or three sports,” Arthur said. “The other coaches hold a high standard of working hard, showing up ready every day. When you have coaches instilling that mentality, you have kids who already know they have to work hard for their spot.

The first hurdle is deciding on the rest of the lineup, and Arthur expects major roles to be filled by sophomore Cameryn Anderson (hitter), junior Harley Tanksley (back row), senior Lindsay Streeter and senior Reva Tincher. They have answered the challenge of Arthur’s intensity.

“Everyone came in knowing the intensity or practices, knowing how much we would condition and be in the weight room,” Arthur said. “That made a huge difference. I could tell we have a lot of momentum. I feel we need to instill that mentality. When you set the standards high, they learn to see it around them.”

“We have a lot of good chemistry,” Kern said. “A lot of us have played multiple sports together, and that will get us through a lot of games.”

The Stars will open the campaign at Mitchell on Aug. 17.