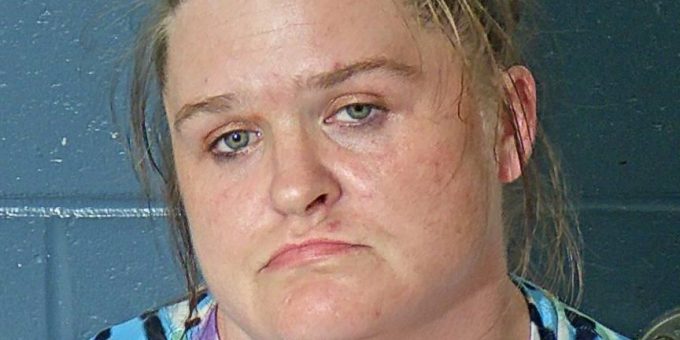 BEDFORD – A Bedford woman was arrested on meth charges after a Lawrence County Sheriff’s Department deputy stopped her van after failing to signal a turn from Warren Street onto Rabbitsville Road Friday.

The van also had an expired temporary license plate. The driver then failed to stop at a stop sign at the intersection of Rabbitsville Road and Oak Street.

The driver was stopped in a driveway on Hancock Avenue.

The driver, 33-year-old Halli McCowan, told the officer, “I’m not going to lie to you,  I don’t have a license.”

Her driver’s license was suspended.

She gave officers permission to search her vehicle.

During that search officers found a black zippered bag that contained two syringes that both tested positive for meth and a cut straw used to snort the drug.