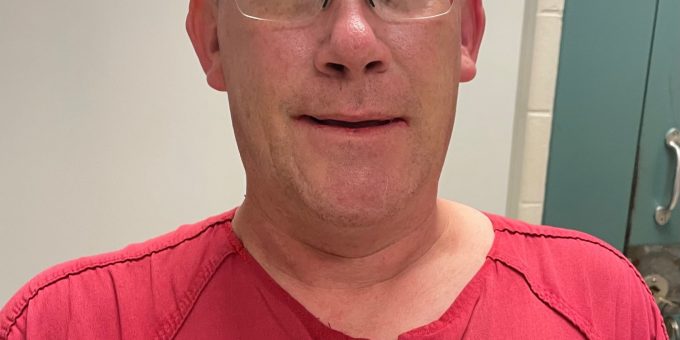 SEYMOUR – On Friday, Detectives from the Indiana State Police-Versailles Post arrested a Seymour, Indiana man on theft and forgery charges following a nearly 10-month investigation into the theft of funds from a volunteer fire department.

The investigation by Detective Jason Duncan, ISP-Versailles, began in September of 2020 when officials with the Jackson-Washington Township Fire Department, Jackson County, Indiana, contacted the Indiana State Police and requested an investigation after suspecting one of the department’s members stole thousands of dollars from the department.

The investigation determined that during 2019 and 2020, Christopher L. McKain, 44, Seymour, Indiana was tasked with doing various jobs for the fire department.  McKain allegedly told the department that jobs were completed, or items were purchased from numerous businesses in the area.  He then forged invoices from the businesses, showing that work had been completed and items had been purchased by McKain. McKain then submitted the fraudulent invoices to the Jackson-Washington Township Treasurer where he was reimbursed.

It was determined that McKain stole approximately $20,000 from the department by getting reimbursed for forged invoices during the two-year span.

After the investigation was completed, the case was turned over to the Jackson County Prosecutor for review.
Today, troopers with the Indiana State Police-Versailles Post arrested Christopher McKain on a Jackson County Circuit Warrant for Theft, Level 6 Felony, and Forgery, Level 6 Felony.