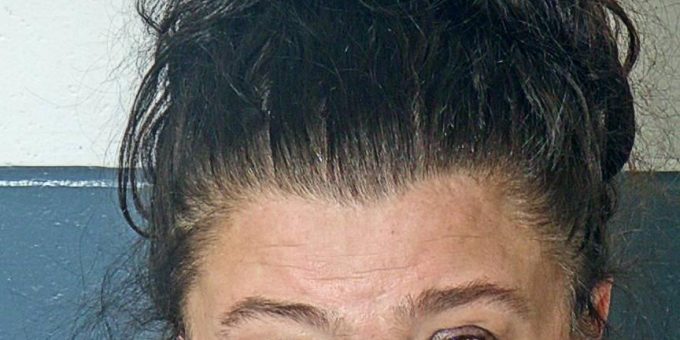 Lucille (Lucy) Birch 49, Bloomington, was taken to Lawrence County Jail on the charges stemming from an investigation by Lawrence County Sheriff’s Department that began last year after three Bedford residents claimed they were frauded by Affordable Kitchens back in 2019 and 2020.

According to police, victim 1 hired Affordable Kitchens 2 U back in August 2020 for a remodeling job and paid $9,277 or 60 percent of the job in advance. The cabinets ordered were stated to be delivered in approximately 4-6 weeks. A Bruce Sims took the initial measurements for the job and would execute the work.

Additional correspondence was made on several occasions in October with a response on October 26, 2020, through Facebook messenger stating that “everything looked good for the week of November 3, 2020” from Lucy.

On November 6th, Birch called victim 1 and stated she was homeless and that Bruce Sims had taken all of her money. Mrs. Birch stated she needed time to figure everything out. Mrs. Birch mentioned seeing an attorney and would need 30 days to refund Mrs. Petty’s money.

Victim 1 responded and told Mrs. Birch she needed a copy of the purchase order and if she did not have it by Monday, November 9, 2020, she was going to contact law enforcement. Mrs. Birch replied she no longer had a crew and could not perform the work.

Victim 1 did not receive reimbursement of her payment nor was any of the agreed upon work performed.

Police also stated a second offense occurred when the 2nd victim hired Affordable Kitchens 2 U for counter tops and cabinets in the amount of $4,500. The total sum of $5,500 was to include materials and labor costs.

An in advance payment was made in August 2019 to Affordable Kitchens 2 U by victim 2. Victim 2 was then told the cabinets would arrive in two weeks, which were delivered in November 2019.

By January 2020 victim 2 still had not receive his counter tops and when he asked Lucy about it, she stated the counter tops were in Odon. Mr. Caves asked if he could go pick them up himself, and he did not receive a response.

Victim 2 then went to the Affordable Kitchens 2 U store front to see if the counter tops had been picked up from Odon. Victim 2 discovered the counter tops had not been picked up. Between January 2020-June 2020, victim 2 attempted to make contact with Lucy via the telephone and attempted to make in-person visits to the store front. He was not successful with his attempts and was not able to speak to Lucy.

In June 2020, victim 2 was able to make contact with Lucy and told her he wanted a refund or he wanted to receive the counter tops. victim 2 was told someone would be at his house at some point but no one ever showed up.

A third offense occurred when victim 3 was defrauded by Affordable Kitchens 2 U in the sum of $16,810 according to a complaint by Sipes.

Victim 3 spoke with Lucy Birch and Bruce Sims on April 1, 2020, about installing kitchen cabinets. Sims went to the Sipes’ residence and took measurements and Lucy Birch provided an estimate for the job. Sipes paid Lucy $16,810.

The check was cashed the following day.

Victim 3 was told it would take 4-6 weeks for the cabinets to arrive and would be notified when they arrived. The total estimate that included labor was $19,310. Victim 3 was to pay the labor costs once the agreed upon tasks were completed.

The cabinets were delivered to his home in September. An individual representing Affordable Kitchens 2 U began hanging the cabinets. it was reported this individual did report to the residence a few days a week for a few hours, indicating the project was on it’s way to completion.

Victim 3 stayed in contact with Birch and Sims but when he inquired about the process he was given the excuse COVID-19 slowed everything down affecting delivery and production as well as Lucy’s health contributing to the delay.

Victim 3 attorney, Donna Pratt, sent Lucy a letter inquiring about the matter but did not receive a response.

By November 2, 2020, victim 3 had yet to hear from Lucy or Bruce and the job was still incomplete.

Victim 3 then received a message on September 14, 2020, stating Lucy was rushed to the hospital by the individual working on the cabinets and they were in Indianapolis at that time.

On October 22, 2020, Victim 3 received a message from Bruce that they were returning from the Cancer Center in Chicago , his counter tops had been ordered and would have his work completed by the end of the week. The agreed upon and promised job remains incomplete at this time.