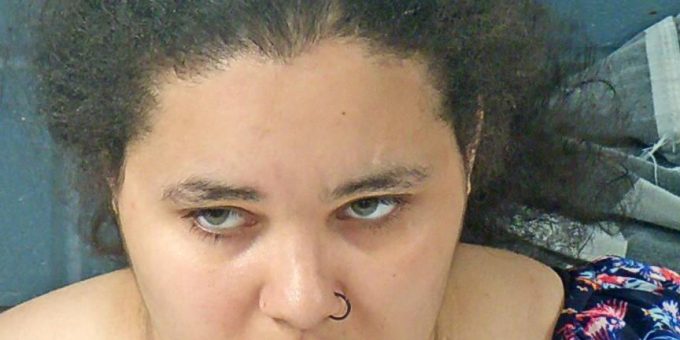 BEDFORD – A Bedford woman was arrested twice over two days.

Police arrested 22-year-old Monique Carpintero on three counts of battery against a public safety officer, resisting arrest and disorderly conduct, and then on a charge of criminal trespassing.

The first incident happened on Sunday at IU Health Hospital. An officer was called to the emergency room after a report of an out-of-control patient. The woman had struck and bitten a nurse.

When the IU Health Hospital officer approached the patient she was talking in a demonic voice and was heading towards the exit. The officer attempted to stop Carpintero and she attempted to bite the officer.

Carpintero told the officer she was hungry and had blood around her mouth. She had ripped out her IV and was licking the blood off her arm.

The officer attempted to assist Carpintero to the ground to restrain her, however, she stayed on her feet and struck the officer with her fist on the left side of his face, eye, nose and upper lip.

Bedford Police officers were then requested to the scene.

The officer along with a doctor was able to restrain Carpintero and attempted to hold her head to keep her from biting them.

Once Bedford Police officers arrived, they attempted to handcuff Carpintero when she resisted by kicking the officers. She kicked one officer in the chin and continued to attempt to bite them.

Officers were able to restrain Carpintero. She was medically evaluated and then transported to jail.

Then on Monday, Carpintero was transported to St. Vincent Dunn Hospital by ambulance.

Bedford police officers were called to St. Vincent Dunn Hospital after a report that a woman was refusing to leave the hospital after being discharged.

When police arrived they found Carpintero had completed a psychological evaluation and was cleared but needed to follow up with Centerstone.

An officer wheeled the hospital bed to the police vehicle and placed Carpintero in the back of the police car. Once at the jail, Monique was removed from the police unit by jail staff and placed into a wheelchair. She was then taken into the jail for booking.