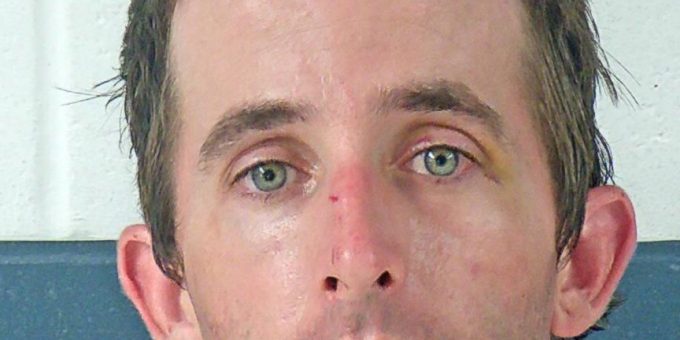 BEDFORD – A Mitchell man was arrested after Lawrence County Sheriff’s Department deputies were called to a home Wednesday afternoon after a report of a domestic fight.

The male caller reported his son, 31-year-old Craig Powell had hit and bit him and then ran outside.

Police arrived at the home in the 310 block of Riverview Addition at 4:19 p.m. They immediately began looking for Powell while another officer spoke to the victim, who refused medical attention.

The man told police that he had taken his son to Jackson’s Mini Mart on Mitchell Road to buy cigarettes. While waiting in the car he saw his son on the west side of the building talking to another male. The two were talking about getting a money order in the caller’s name. After getting the caller’s information for the money order, the caller then left Jackson’s Mini Mart. A few minutes later the caller then received a phone call from his son to pick him up at the Dollar General store on Mitchell Road.

Once the caller arrived and his son entered the vehicle, his son began hitting him and then bit him on the nose.

The victim shoved his son off of him and continued to drive home. When they arrived home, Craig went into the house and began yelling at another resident and threatened that he was going to burn the house down.  Craig then ran out of the residence into the back yard.

The caller had injuries to his nose from being bitten, and bruising to his chest.

Officers were able to locate Craig and he was arrested on a charge of domestic battery.