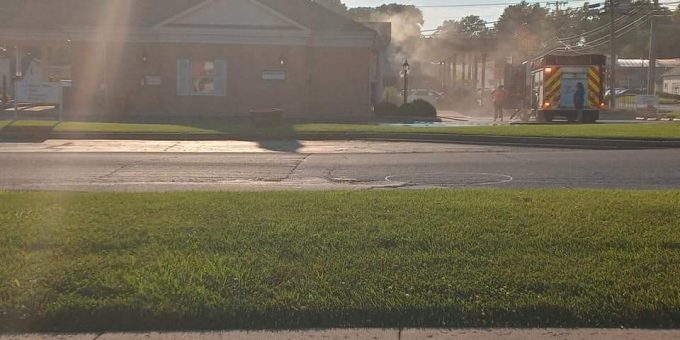 Several fire departments responded to the blaze that was reported at 6:25 p.m. Smoke poured out of the building when firefighters arrived.

Firefighters from Brownstown, Carr Township, Driftwood Township, and Hamilton Township along with Jackson County EMS and area law enforcement responded to the fire.

The Indiana State Fire Marshal’s office has been contacted to investigate the fire.

The bank will be closed until further notice while repairs are being made according to bank officials. All the contents inside the bank remain safe. Customers can access their accounts online or at other banking locations including the three locations in Seymour or Bedford.