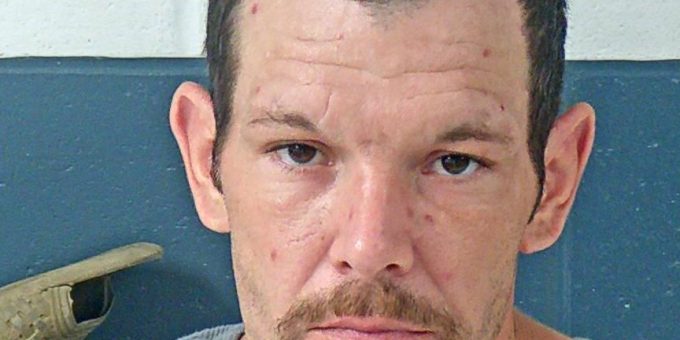 BEDFORD – A Bedford man was arrested after Bedford Police officers were called to Spartan Mechanical on May 31 after a report of a theft.

The co-owner reported a heating and cooling unit had been stolen from the property. The theft was captured on video-surveillance.

The video footage showed a red or maroon Chevrolet S-10 pulling into the parking lot. A female passenger exits the truck along with a male. The two then load the heating and cooling system into the bed of the pickup.

Photos from the footage were posted on the company’s Facebook seeking help from the community to identify the suspects.

On May 31, police received photos of the possible truck with the license plate and with the unit in the back.

Officer went to his home in the 310 block of Oolitic Road. Philpott became defensive with officers and refused to answer questions without an attorney.

The information was forwarded to the Lawrence County Prosecutor’s Office and a warrant was issued for his arrest on a charge of theft.