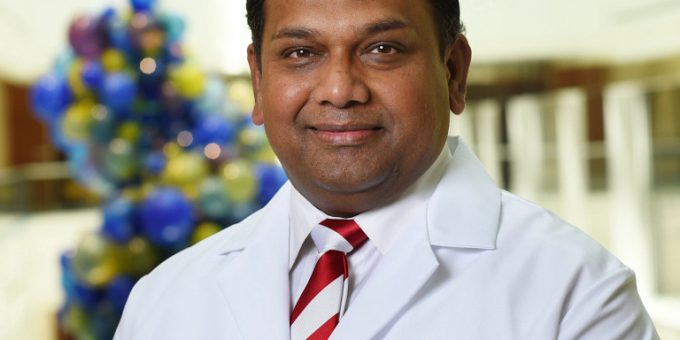 INDIANAPOLIS – Indiana University research into why cells and tissues strive for life even after a human’s death will be funded by a $1.8 million grant from the John Templeton Foundation aimed at answering science’s “big questions.” The effort will be led by Chandan Sen, director of the Indiana Center for Regenerative Medicine and Engineering and Distinguished Professor and J. Stanley Battersby Professor of Surgery at the IU School of Medicine.

The potential research findings could have a major impact on the overall conduct of biomedical research, recognizing death as a biological variable in experimental studies. A better understanding of how the body prepares to die and the molecular mechanisms behind it could also help researchers better define human death — both scientifically and philosophically — and learn more about how the cause of death affects different cells and tissues in our bodies, which could lead to improved outcomes for organ donation recipients or new treatments that trigger tissue survival responses to improve human health.

Sen will be joined by an IU research team that will explore the implications of the findings and develop approaches in the philosophy of biology that build on these findings.

“Our work addresses some of the deepest and most perplexing questions on life and death facing humankind,” Sen said. “It brings into question the definition of death and the significance of the surviving tissues and organs. We expect to uncover ways that the parts of organisms prepare and succeed at living on, even as the organism dies.”

The vision of the Templeton Foundation is one of infinite scientific progress, in which all people aspire to and attain a deeper understanding of the universe and their place in it. Templeton’s “Science & the Big Questions’ funding area supports innovative efforts to address the deepest questions facing humankind, such as the questions that Sen and his colleagues will explore.

“We are immensely grateful to the Templeton Foundation for their support of this important research and for the opportunity to be part of the foundation’s Science & the Big Questions initiative,” IU Vice President for Research Fred H. Cate said. “The research that Dr. Sen and his colleagues are doing promises to not only advance human understanding but also lead to innovations in medical treatment.”

In particular, the IU research team’s work aims to move biology and medicine away from positioning the life of organisms as unified and bracketed by birth and death. These developments could include the emergence of concepts such as the superorganism, the extended phenotype and selfish genes. Within medicine, the success of organ transplantation and acceptance of the idea of brain death have similarly undermined the view that the organism lives and dies as a single unified entity.

“Our findings will open up broad possibilities for medical treatment and will also extend the philosophical understanding of the concepts of life and the organization of living things,” Sen said. “For example, skin is the largest organ of the human body, capable of sustaining life at a cellular level long after death.”

The grant’s team leaders are:

IU’s world-class researchers have driven innovation and creative initiatives that matter for 200 years. From curing testicular cancer to collaborating with NASA to search for life on Mars, IU has earned its reputation as a world-class research institution. Supported by $854 million last year from federal, foundation, and other external support, IU researchers are building collaborations and uncovering new solutions that improve lives in Indiana and around the globe.

IU School of Medicine is the largest medical school in the U.S. and is annually ranked among the top medical schools in the nation by U.S. News & World Report. The school offers high-quality medical education, access to leading medical research, and rich campus life in nine Indiana cities, including rural and urban locations consistently recognized for livability.