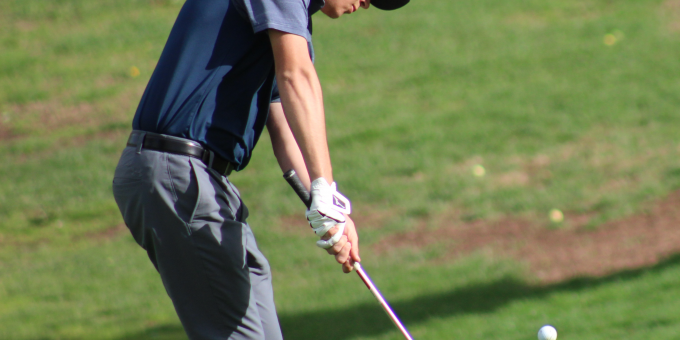 BEDFORD – Here’s the long and the short of it: Golf has become enamored, fascinated and dominated by length. But it’s the short game – saving strokes around the greens with chipping, pitching and putting accuracy – that counts the most.

Bloomington South, with four scores in the 70s, posted a skillful team total of 297 to tame the Stars and Otis Park. BNL posted 337, a solid improvement from the opener at Seymour but also a testament to the work ahead.

“The positive is we knocked 20 shots off our score from Saturday,” BNL coach Mike Wright said. “Granted it was at home, but you still have to play the course.”

“We lose a lot of shots with the short game,” Wright said. “And with inexperienced golfers, that‘s where you lose shots. It’s hard to believe how many shots are thrown away, so we will spend some practice time on it. We have to worry about knocking off scores as individuals before we can worry about the team score.”

The Panthers had no worries. Drew Todd fired a 1-under 71 to lead South, while Jacob Paine fired an even-par 72. Happy Gilmore – and no golfer has ever been more aptly named – posted 75, and Nick Bellush (of the famous Bellush family in BNL golf history) capped the scoring with 79.

BNL’s best came from Colten Girgis as the lefty overcome a double bogey on his opening hole (the par-3 third) to fire 79. He recovered with three birdies (holes 5, 6 and 13) and stumbled once with a triple bogey.

“I do like the competition,” Wright said. “We have guys who will be competing all year long for spots. If they want to get a spot or keep a spot, they might want to focus on the short games.

“Right now we are our own rival. We have to get better before we start thinking about other schools.”

BNL will visit Valley View for the Floyd Central Invitational on Saturday.