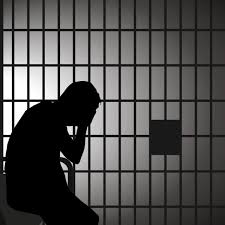 INDIANAPOLIS – Governor Eric Holcomb signed Senate Bill 63 into law Thursday that would prevent inmates who need mental health upon release from the Department of Correction (DOC) from being put out on the streets with nowhere to go if a spot for them in a treatment facility or with a family member is unavailable.

The law will take effect July 1.

Authored by Sen. Sue Glick (R-LaGrange), the law now gives DOC the right to hold an inmate for 14 days past their release date if a medical reason exists and the stay is needed to find a new housing or treatment setting for the inmate. Inmates must consent to the extension or a court order must be issued.

Click says this prevents the inmate from becoming homeless or on the streets.

While the DOCmakes every effort to establish re-entry and transitional services to every offender prior to their release, occasionally circumstances do arise that cause a hiccup.

That includes instances where family members who agreed to be an inmate’s caregiver back out or the designated transitional facility can’t receive the individual because there is no bed available.

This extra time gives DOC a chance to reassess the needs of the inmate and find an alternative treatment.