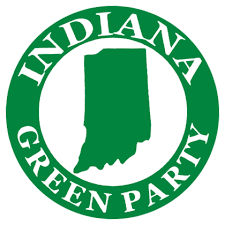 The Green Party Platform addresses electoral reform and one part of the solution is Instant Run-off Voting (IRV) also known as RCV.

Under RCV, voters can rank candidates in their order of preference (1,2,3, etc.) RCV ensures that the eventual winner has majority support and allows voters to express their preferences knowing that supporting their favorite candidate will not inadvertently help their least favored candidate. RCV thus frees voters from being forced to choose between the lesser of two evils. Once again, the Ranked Choice Voting bill that was filed in the Indiana Legislature went completely unheard this year.

RCV is already used statewide in Maine and Alaska, and it’s used locally in many cities, including New York City. Several countries around the world also use RCV, such as Ireland and Australia. Ranked Choice Voting has a proven record of strengthening democracies. The INGP strives to live by the values of the Green movement.

The Ten Key Values embody the INGP, and they guide all actions of the Party at all times: