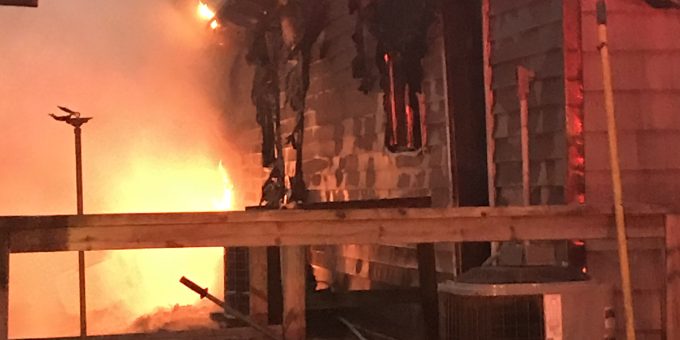 (SPRINGVILLE) – A property owner was welding that sparked a garage fire in Springville Friday evening.

Firefighters from Perry Township and Marshall Township Volunteer Fire Departments were dispatched to the 800 block of Spencer Pike Road at 5:49 p.m. Friday night.

Firefighters found heavy smoke and fire coming from the building.

” We were able to keep the fire from spreading to nearby structures, one of our firefighters used a garden hose to cool down a nearby mobile home and surrounding structures,” said Jessica Voorhies Fire Chief Perry Township Volunteer Fire Department.

The cause of the fire was accidental.

Two engines from Perry and two engines from Marshall Township used several gallons of water to extinguish the blaze and numerous hot spots that kept flaring up due to a strong easterly wind.

No injuries were reported during the fire.

IU Health Ambulance Service also responded to the scene and stand-by while firefighters worked the scene.