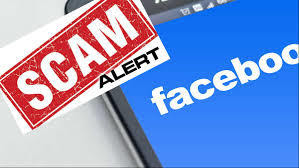 (FT. WAYNE) – The Indiana State Police Fort Wayne Post recently received a complaint from a local resident advising of what appears to be an ongoing scam solicited via Facebook. This scam involves the offering of a “Child Safety Kit” by clicking on a link provided in the Facebook post.

Our local resident stated the provided link to receive the “Child Safety Kit” asks the requestor to submit personal information, to include: name, address, and phone number, information which is then followed up by a phone call wherein the scammer requests to set up an in-home visit to further the transaction.

She reports having received two phone calls from two very persistent males requesting to come to her home and be allowed to load an App onto her phone as part of their “Child Safety Kit” service. She stated the callers were very persistent on setting up an appointment, and they falsely claimed they work directly with the Indiana State Police. She was never provided with a name or a company name.

This scam has apparently been ongoing for quite some time. It was even reported on by the Louisville based WDRB news channel back in December 2019, wherein an Evansville, Indiana women was victimized (follow the link below for their full reporting).

The Indiana State Police would remind all Hoosiers that scam artists are pervasive across the internet and all social media platforms.  Scammer’s methods and tactics are primarily intrusive to your personal and financial information, but as noted in this instance, they may often resort to invading your personal space as well.  Luckily this resident was on the alert and did not fall prey to these scammers tactics.

This complaint reported to the State Police is full of red flags, and luckily this local resident did not fall prey to these scammers tactics.  You can protect yourself by: