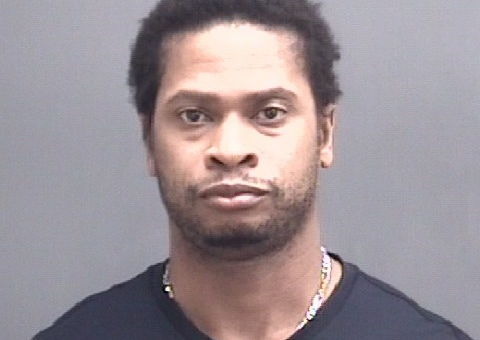 (GIBSON CO.) – Early this morning at 2 a.m. an Indiana State Police trooper was patrolling US 41 near County Road 725 North when he noticed a driver in a 2004 Honda Odyssey swerving in and out of the southbound lane of travel.

The trooper attempted to stop the driver, but the driver continued south at 60 miles per hour.

The driver 41-year-old Eric Briggs, of Enoree, South Carolina, eventually slowed down to 45 miles per hour near County Road 350 North but continued south on US 41.

Princeton Police deployed stop sticks on US 41 south of State Road 64. As Briggs approached the stop sticks, he reduced his speed and moved onto the shoulder attempting to avoid them, but they were positioned close to the guardrail and Briggs was not able to maneuver around them and stopped.

Briggs put his hands out the window but failed to obey commands given by officers on the scene. After a brief struggle, Briggs was arrested and transported to the Gibson County Jail where he is being held without bond on three outstanding arrest warrants for failure to appear out of Vanderburgh County and new charges of resisting arrest by vehicle, and resisting arrest by force.