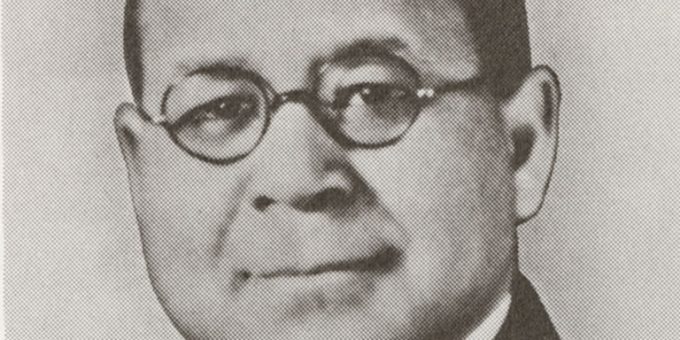 (BLOOMINGTON) – A new scholarship at the IU School of Education will honor Elder Watson Diggs, the first African American to graduate from the school in 1916.

The scholarship is a partnership with the Kappa Alpha Psi Fraternity Inc., an organization Diggs co-founded.

In 1910 when Diggs attended Indiana University, he was one of the few African American students enrolled. University life was racially challenging for African American students. They were barred from engaging in activities permitted to white students, such as residing in student dormitories, using entertainment and recreational facilities and engaging in contact sports.

Unhappy with the plight of African Americans on campus, Diggs met with nine fellow African American students to discuss issues of common interest, and they agreed to pursue the creation of a fraternity based on the purpose of achievement.

In 1911 Kappa Alpha Psi was founded and remains the only fraternity established on the IU campus. Diggs was elected Grand Polemarch (National President), a position he held for six years.

Diggs worked to improve the academic and cultural opportunities for Blacks, engaging in projects such as establishing a permanent debate club that participated in competitions, the profits of which were donated to charity.

After his death in 1947, Indianapolis Public School #42, where he served as a teacher and principal for 26 years, was renamed the Elder W. Diggs IPS School #42 in his honor.

The establishment of the Elder Watson Diggs Scholarship will depend on the generosity of alumni and those committed to the possibilities of education. All gifts to the scholarship will be used to attract outstanding and talented students from historically underrepresented populations.

To give to the scholarship fund, visit myiu.org/give-now or contact Natalie Kubat at nkubat@iu.edu or 812-856-8273.