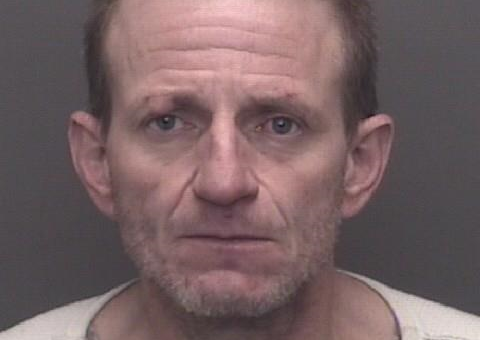 (VANDERBURGH CO.) – Monday at approximately 3:06 p.m., an Indiana State Police trooper was patrolling near Walnut Street and Bedford Avenue when he observed the driver of a 1995 GMC Sierra not wearing his seat belt and using his cell phone while driving.

The trooper stopped the driver at Evans Avenue and Canal Street.

When the trooper approached the vehicle, he immediately detected the odor of burnt marijuana. The driver, 49-year-old Bobby Baker, of Evansville, displayed signs of impairment and failed field sobriety tests.

When Baker was searched, troopers found a baggie containing meth. During a search of the vehicle, troopers found a small amount of heroin, marijuana, drug paraphernalia, and 13 syringes. Two of the syringes were loaded with meth.

Baker refused to submit to a chemical test. He was arrested and taken to the Vanderburgh County Jail where he is currently being held without bond on charges of possession of meth, marijuana, heroin, and drug paraphernalia, unlawful possession of syringes, and operating a vehicle while intoxicated on a controlled substance.