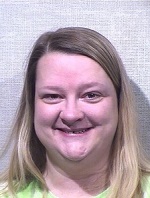 (SEYMOUR) – A Seymour woman was arrested after police say she threatened another family’s bi-racial children on social media.

The threats were all over a political disagreement.

Police arrested 31-year-old Bailey Moore on a charge of intimidation.

According to police, the disagreement started on Facebook, and soon Moore was making online threats and racist slurs against the family’s 14-year-old and 10-year-old children.

Police say Moore admitted to making the threats and sending the messages.