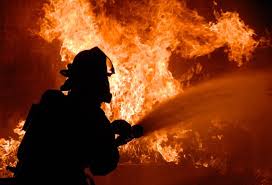 (SALEM) – The Salem Fire Department is fighting a house fire in the 400 block of Hayes Avenue.

Firefighters responded to the scene at 9:54 a.m. When firefighters arrived they found smoke and fire coming from the home.

The firefighters are using fire hydrants off of Salem Avenue and are asking people to avoid the area.

Salem Police and Washington County EMS are also on the scene.