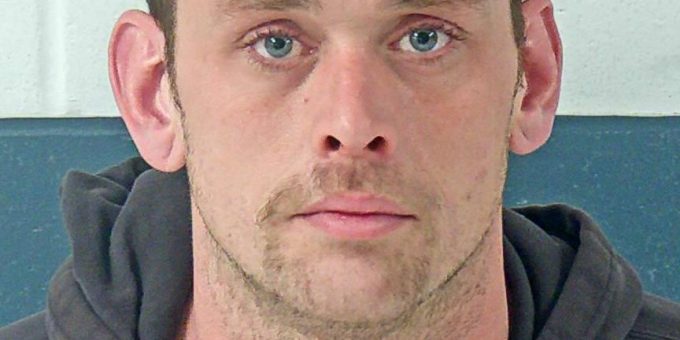 (BEDFORD) – A Bedford man was arrested after Bedford Police stopped him for making a traffic violation and found drugs in his vehicle, pockets, and socks.

According to a probable cause affidavit, on Thursday a Bedford Police officer was patrolling in the area of 16th and G streets when he noticed a driver in a white vehicle exit the Ruler Foods parking lot traveling east on 16th Street. As the vehicle approached the entrance to Rocket Fuel he failed to signal his turn, causing the vehicle behind him to slam on its brakes to avoid a collision.

The officer stopped the vehicle in the Rocket Fuel parking lot.

Dotts told the officer he misjudged the westbound traffic and thought he could make the turn into the parking lot, but then decided against it.

The officer asked for consent to search the vehicle and Dotts denied that request.

Lawrence County Sheriff’s Department K-9 Flek came to the scene and alerted officers to possible drugs in the vehicle.

Dotts was asked if there was anything illegal in the vehicle. Dotts confessed to the officer he had  “paraphernalia” in his pants pocket.

In the vehicle, officers found a digital scale and a cut straw with meth residue on it.

Dotts told officers all the items belonged to him, the female passenger was released from the scene.

At the police department, Dotts told police he also had a “baggie” of 1.31 grams of crystal meth in his sock.