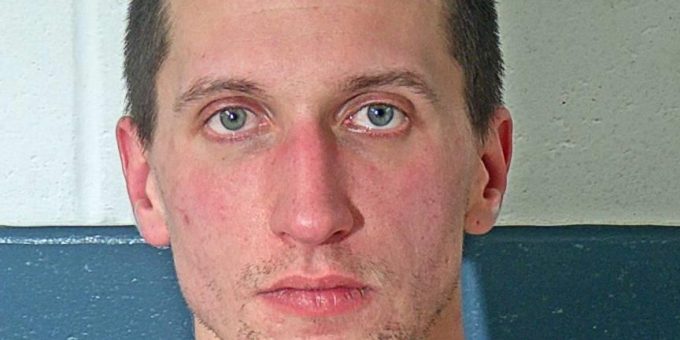 (BEDFORD) – A man was arrested Thursday after a traffic stop at 28th Street and Mitchell Road.

The driver failed to use a turn signal when making a turn.

The driver 29-year-old Matthew Reynolds, of Bedford told the officer he had just purchased the vehicle two hours ago and didn’t know the turn signal light was not working.

The officer then asked permission to search the car. Reynolds granted that request.

In the glovebox the officer found a sunglasses case that contained six syringes and a metal spoon that tested positive for meth.

Reynolds told police again that he had just purchased the vehicle and the sunglasses case was not his.